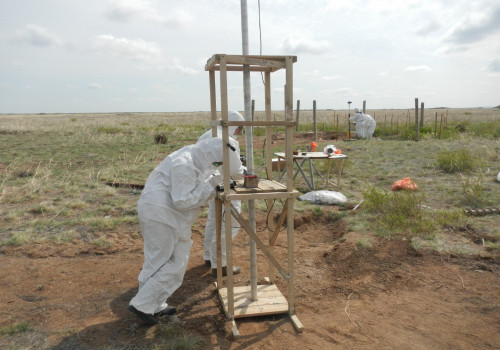 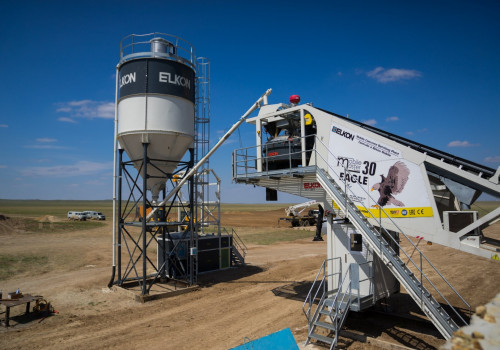 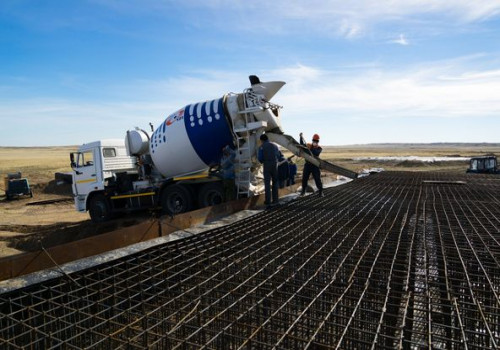 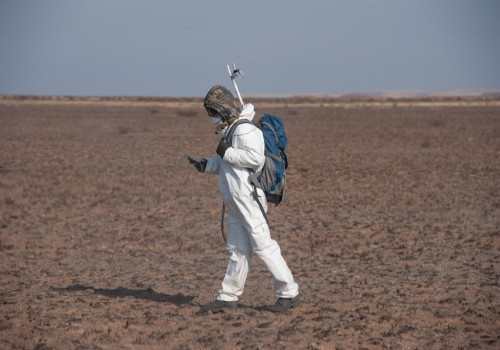 In 2013 the National Nuclear Center of the Republic of Kazakhstan initiated a large stage of operations associated with RONA proliferation risk reduction at “Experimental Field” testing site territory.

“Experimental Field” was the first testing site of Semipalatinsk Test Site. It was used for atmospheric (air and ground) nuclear testing. According to the literary data, within the period from 1949 to 1963, 116 nuclear tests were carried out, out of which 86 – air tests and 30 – ground ones, conducted at low or zero altitude, nuclear device failed in 5 cases.

Analysis of available archive and literary materials, results of numerous local radiation studies showed, that objects (areas), containing RONA in quantities, posing risks under WMD nonproliferation criteria, may exist at the territory of the site.

Based on the available data, it was agreed with DTRA to conduct a large-scale detailed survey of the entire site, which was the beginning of a new phase of work, that was completed in 2020.

The scope of work to bring the “Experimental Field” site to a safe condition exceeded the scope of individual types of earlier conducted operations at “Degelen” and “Aktan-Berli” sites. The work began with a detailed survey of the site, as well as adjacent territories. This was the most extensive studies for the whole activity of the National Nuclear Center. The studies had been conducted continuously in winter and summer, in heat and cold, for 6 years. Over 20 000 running kilometers of pedestrian gamma-spectrometric survey were performed, about 3 mln of spectrometric measurements were made, more than 750 investigation boreholes were drilled, above 20 thous. samples were analyzed in laboratories.

New, unique methods to detect and assess RONA were developed for research operations, as well as special software and hardware complexes, enabling to realize both the large-scale spectrometric researches and automatize data processing. The use of the available developed scientific base of NNC RK enabled to develop the methodology of RONA detection and assessment both on soil surface and near surface level. All developed approaches and methods were highly appreciated by the Loss-Alamos National Laboratory of USA, who worked closely with NNC RK experts throughout the whole work implementation.

It was the use of innovative methods for RONA determination and assessment that made it possible to conduct such a large-scale research work in the shortest possible time and identify all nuclear testing points and different experiment execution areas both within and beyond technical sites. Studies enabled to obtain accurate data on all RONA localizations within “Experimental Field” site.

Results of studies became the starting point for technical solutions making to ensure the nonproliferation of RONA detected and formed the basis for measures to safety conduct all stages of Experimental Field WMD proliferation threat reduction.

For each detected object with RONA, unique methods and technologies were identified to bring them to a safe condition. A set of different methods was applied to improve the efficiency at most objects.

Work to ensure the safety of identified objects was initiated before completion of research operations and were fully completed in 2020. Remediation was carried out at a number of objects by removal of the topsoil, containing high RONA concentrations with its subsequent processing by specially developed method.

The RONA reprocessed were properly packed and transported to RRC “Baikal-1”, where they were placed for specifically prepared storage for solid radioactive waste. According to selected criteria, additional remediation was carried out at a number of objects containing RONA by way of deep plowing, that enabled to reduce RONA concentration down to safe level.

At objects, where reclamation was impossible for personnel safety reasons, special protective structures (physical barriers) were constructed for safety provision. Such structures present a reinforced concrete structure that securely covers the objects with RONA. The design of the structure has fully excluded unauthorized access to the object without industrial machinery use, and with its use, ensured the long term protection sufficient for such activities suppression.

Thus, currently, all the objects, containing RONA and located within “Experimental Field” site, are brought to a safe condition and pose no threat.

Kazakhstan has once again demonstrated a positive example of effective international cooperation to reduce the global threat and strengthen the nonproliferation regime.