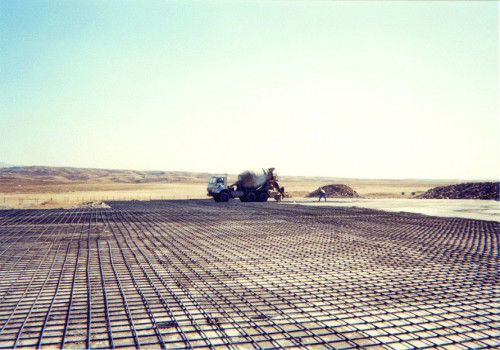 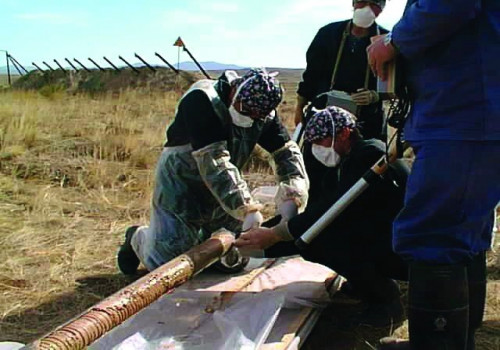 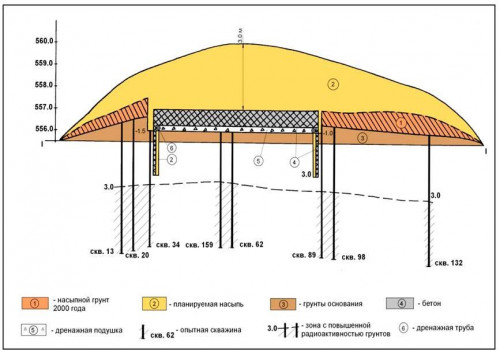 In 2000 under the program implementation to strengthen the protection of Aktan-Berli and RBSh objects the work was initiated on a trilaterally basis (Republic of Kazakhstan – Russian Federation – USA) to exclude an unauthorized access and additional protection provision to residues of nuclear activity (RONA), available at Aktan-Berli site. The aim was to eliminate the threat of weapons of mass destruction (WMD) proliferation and terrorism.

The goal of the current phase was to construct physical barriers that would prevent or considerably suspend any attempt to recover RONA.

Based on the analysis of study results, considering basic requirements - to exclude unauthorized access for an indefinite period and to ensure radiation and environmental safety of the work - a decision was made on the construction of reinforced concrete caps, covering test boreholes containing significant amounts of RONA. Of several options for structure construction meant for RONA placement, several options were chosen with partial or complete deepening of reinforced concrete caps. The first stage included preliminary researches on borehole detection, verification carried out at separate boreholes on presence of significant quantity of RONA.

The site “Groundhog” is a borehole field with 158 test boreholes, including 35 with a significant content of RONA. For “cap” construction at “Groundhog” site a structure was chosen of prefabricated reinforced concrete by factory manufacture, presenting a 4-row plates structure.

The reinforced concrete cap area is more than 3300 m<sup>2</sup>, and the height of about 0.7 m. The number of road flooring plates in the structure is 1116 pcs. Additionally, the upper layer is reinforced with concrete screed with reinforcing frame.

For structure protection from external factors, the entire volume of the structure is waterproofed, and water disposal system of groundwater is arranged under the cap in sand and gravel pad. Operations carried out at “Thorn” site were similar to operations that had been realized at “Groundhog” site. Monolithic protective concrete caps were constructed over the borehole, containing RONA, a network of reinforced concrete boreholes were created, 50 cm in diameter and up to 22 m in depth around special boreholes.

Considering the smaller size of boreholes area at the “Thorn” site, all concrete operations were performed below ground level, then the ground was leveled to match the natural landscape. In 2021, following survey, NNC RK jointly with experts from US DTRA made a decision to enhance physical barriers at “Groundhog” site. With implementation of “Groundhog” project, existing physical barrier was significantly extended to close all exploration boreholes.

At the final stage, the surface was leveled with laying vegetable ground and topsoil.

The earth fill was leveled to prevent destruction by precipitation. As a result of the operations performed at the “Groundhog” and “Thorn” sites, all test boreholes including RONA-containing ones, were reliably sealed by reinforced concrete caps. Thus, we reached the main purpose of the project – constructed physical barrier preventing or hampering any attempts to recover residues of nuclear activity from the “Aktan-Berli”.

Summarizing the above it should be noted that the “Groundhog” operation at Aktan-Berli was the first effort under trilateral cooperation to eliminate weapon proliferation and terroristic threat, at a totally new level. The gained experience of joint coming over various challenges and their resolving gives the ground for future solution of more complicated tasks on trilateral basis.