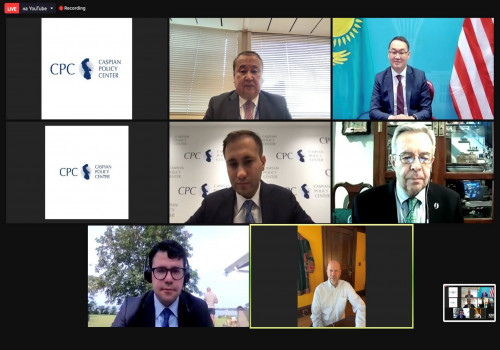 U.S.-Kazakhstan cooperation in area of nuclear security over the past thirty years has become the topic for discussion at a webinar organized by the Embassy of the Republic of Kazakhstan in the United States. Erlan Batyrbekov, the Director General of the National Nuclear Center of RK participated in the event.

“The topic of U.S.-Kazakhstan cooperation in reducing the nuclear threat is very close to the National Nuclear Center, - comments Erlan Batyrbekov – Since the establishment till the present day, our organization has been actively cooperating with our American colleagues in this area. A large amount of work has been done over nearly 30 years we are rightfully proud of, and which has made the world much safer”.

Agreement between the Republic of Kazakhstan and the United States of America concerning the destruction of silo launchers of intercontinental ballistic missile, emergency response and the prevention of WMD proliferation as of December 13, 1993 is one of the example of our cooperation.

Currently, new projects are discussed with our American partners aimed at reducing the proliferation risks at Semipalatinsk Test Site.