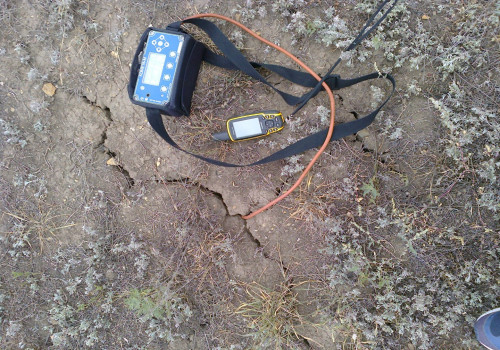 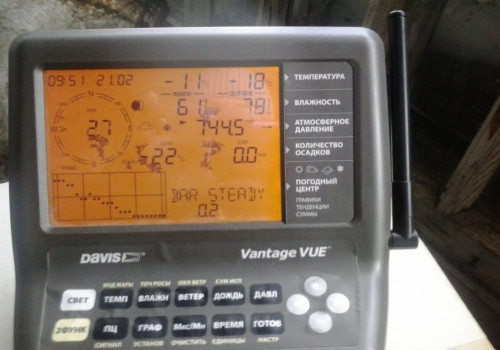 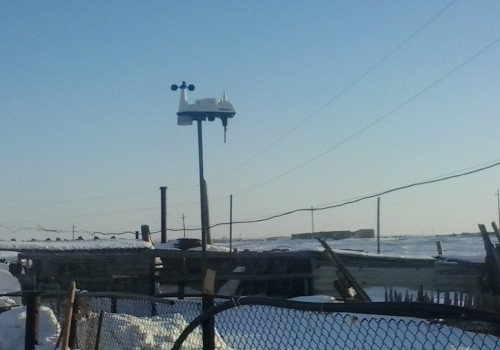 In July 2012, residents of Kalachi village in Akmola Region were affected by unknown illness, which was later called “sleep syndrome”. In 2013, more residents having similar symptoms applied to a health care organization, later mass media informed about the cases of “sleep syndrome” in the village. As of January 19, 2015, it was reported of more than 140 cases. Adverse radiation situation at the village was one of the initial supposed reason for the “sleep syndrome”. Therefore, RSE NNC RK was invited to carry out detailed survey.

Environmental survey in Kalachi village took place between April 2014 and November 2016. These included survey of harmful environmental factors, which could affect the rural residents of Kalachi and Krasnogorsky villages: survey of radiation situation, evaluation of radon hazard, study element analysis of environment, research of geo-environment and atmospheric air gas composition. The research detected a number of harmful environmental factors. The results of radiation survey in Kalachi revealed normal gamma-background level (0.10–0.12 mSv/h), except for rocks with high content of natural uranium, which was attributable to operation of uranium mine. Technogenic radionuclides content in environment at Kalachi was at level of global fallout background, and natural radionuclides content was characteristic for Kazakhstan. The results were proved by comprehensive radiation monitoring for residents, which revealed no elevated or above-limit radionuclides content in organism. Research into radon hazard at Kalachi rural area determined areas with high radon flow density (further RFD) from the earth. The RFD values from earth varied from 4 to 310 mBq/m2·s. Maximal radon concentration at the area was up to 1500 Bq/m3 in domestic premises and 15000 Bq/m3 in vaults, average value in domestic premises was 180 Bq/m3 (2015) and 130 Bq/m3 (2016). Radiation survey results at Kalachi were directed to federal biomedical agency to Moscow (Russia) and National Institute of Radiation Protection in Prague (Czech Republic). They replied with an expert conclusion stating that radiation factor could not cause the “sleep syndrome” at Kalachi village. Along with the radiation factors survey, factors were studied which could cause environmentally adverse situation due to existing geological features of Kalachi location. The working theory was based on the assumption of possible seepage of various gas products from earth interior, which could cause the “sleep syndrome” among the villagers. Therefore, research was focused on gas-bearing geological structures bringing deep gas flows from earth interior to the day surface. In order to evaluate atmospheric impact to the public health, analysis was performed for oxygen, carbon monoxide, hydrocarbons and other volatile organic pollutants content in air, as well as for carboxyhemoglobin in blood of Kalachi villagers, as a surrogate of carbon monoxide content. The analysis detected presence of hydrocarbons in atmospheric air (С1-С10), and its concentration leveled off. Presence of aromatic hydrocarbon was also detected: benzol, toluene, o,-m,-p-xylene. High concentrations of carbon monoxide and carbon dioxide were detected all-round the village area in domestic premises, and average values were 10 mg/m3 and 0.1%, accordingly. In living premises, when burning stove, emission of carbon monoxide in air raises above allowable level. According to the analysis results, oxygen concentration was determined unstable at definite period for 4 to 6 days, and its concentration might decrease to 19.5 %. During the period when concentration of СО and CO2 increased simultaneously with decrease of О2 concentration, symptoms of “sleep syndrome” among villagers became more frequent. Data for 2014–2015 concerning periods of high carbon monoxide and hydrocarbons content in atmospheric air has been confirmed by the one-year monitoring results.

During the one year gas monitoring, high content of carbon monoxide and nitrogen dioxide was detected, but no cases of “sleep syndrome”. Therefore, no extremely hazardous factors were revealed at Kalachi village. Combination of factor has however been possible, which could have led to appearance of “sleep syndrome”, under certain circumstances. Currently, it is impossible to predict probability of the occurrence.

Based on the cumulative results, it is assumed that inhalation of modified air composition – with decreased oxygen concentration and high concentration of carbon monoxide and dioxide, as well as volatile aromatic organic compounds are the reason for the “sleep syndrome”.