Prevention of Access to the Residues of Nuclear Activity. 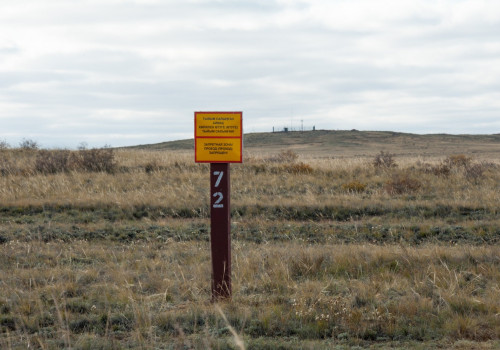 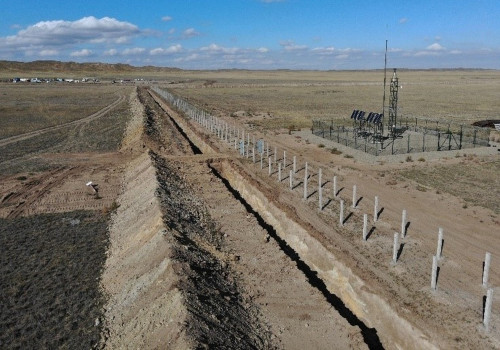 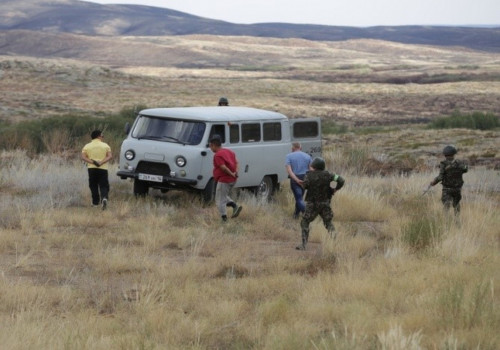 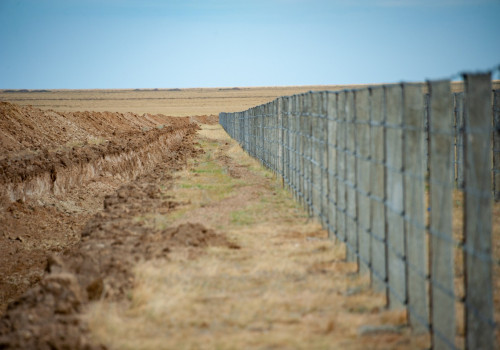 Analysis of the executed operations under the Program on “Proliferation risks reduction at Semipalatinsk Test Site” showed, that a number of object at the former nuclear test site would never be safe upon criteria of nonproliferation threats, at least in historically observed future. Accordingly, the physical barriers construction is insufficient for these objects. It is necessary to exclude not only negative consequences of unauthorized activity, but authorized activity shall be carried out in strictly defined order. Firstly, it is necessary to provide protection for the region from any unauthorized attempts to penetrate to its territory. Secondly, the economic activity shall be limited near the objects containing RONA.

To assure protection for NNC objects the decision was made to conduct the complex of operations to construct multi-level security system at guarded objects. Security system was developed and constructed at “Aktan-Berli”, “Degelen” and “Experimental Field” sites.

• system for monitoring of objects integrity.

Data management and collection is carried out at the main point of information collection and processing in Rapid Response Force Base (operator – the National Guard) and in Kurchatov (operator – RSE NNC RK). The number of recorded components of Security System Level 3 is above 800, including more than 600 sensors of detection system, tens of video cameras, different recording devices, and tens of communication system sensors and equipment autonomous supply. All recorded data can be stored on servers and produced long after, also used as proof for rules violation – for instance, video of trespassers’ crossing the boundary of guarded objects, their accompanying and process of apprehending. RRFB administrator receives data from the monitoring equipment, as well as from signals transition and radio communication equipment. Signals of SS level 3 are monitored 24/7.

Additionally, in contingency situations, hot site in the head office of RSE NNC RK is available for coordination operations.

Equipment is installed for signals monitoring, display and receipt. There is a possibility to arrange conference call via Internet. Operations to construct three-level security system at “Aktan-Berli”, “Degelen” and “Experimental Field” sites have been carried out in accordance with safety standards and aimed at object protection. The work executed provides security systems reliable operation at the territory of testing sites, meeting all the requirements, set for the systems. The current project implementation ensured the objects protection considering modern threats and scientific and technical achievements in safety, which made it possible to suppress any probable attempts of unauthorized access at an early stage, as well as any other types of interference, including sabotage and terrorist acts.

In 2018, in honor of the 25th anniversary of joint operations to ensure the safety of the former Semipalatinsk Test Site, a number of joint events were held both in Kazakhstan and in the USA. During these events, a number of agreements and memorandums were signed.

Separately, it should be noticed, that the National Nuclear Center of RK continues to carry out a complex of scientific, technical and engineering activities in support of nonproliferation regime at the territory of the former Semipalatinsk Test Site, which are still in progress.