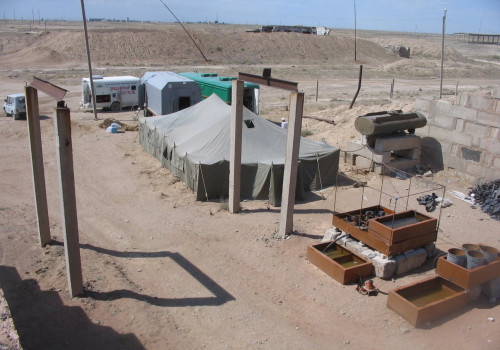 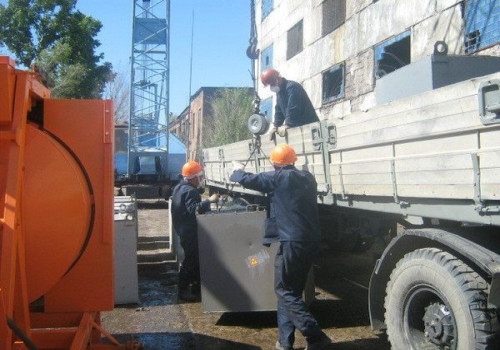 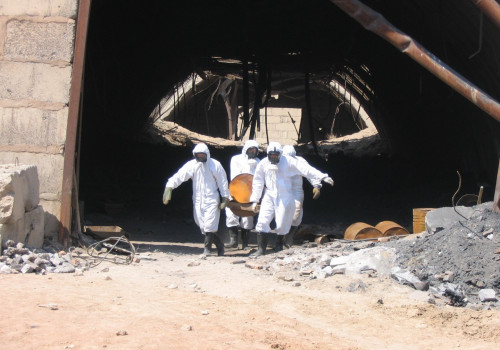 Project # 12. Eliminating Radiation Hazardous Situations at the Territory of the Republic of Kazakhstan and Radiation Control

The unique experience in radioecology, possessing modern hardware and methodological complex allows the National Nuclear Center of the Republic of Kazakhstan to ensure radiation safety throughout the whole territory of Kazakhstan.

First of all, control is executed over the enterprises engaged in economic activities at the territory of the former Semipalatinsk Test Site (STS).

Currently, a number of industrial enterprises engaged in mining area as well as in minerals transportation, industrial wastes disposal has been implementing active work at the territory of the former STS: “Kazzink” LLP possesses a storage facility for industrial waste (arsenic) at “Balapan” site; “Karazhyra” LLP and “Ulba Metallurgical Plant” LLP mine hard coal and fluorite ore at “Karazhyra” and “Karadzhal” deposits with participation of various contracting organizations. Besides, NNC RK ensures radiation safety in medicine. Since 2009, work has been carried out to monitor operating parameters of medical X-ray equipment. 200–250 X-ray diagnostic devices are monitored annually.

Another area of activity is individual dosimetry control (IDC) of personnel. Measuring of IDC of occupational radiation in normal conditions during ionizing radiation sources (IRS) operation is necessary for reliable and timely determination of individual effective dose of personnel external irradiation in order to assess the adequacy of IRS monitoring. Annually, over 1500 medical workers, workers of mining industry and employees of the MIA undergo IDC. One of the largest projects was the liquidation of radiation hazardous situation at the Irtysh Chemical and Metallurgical Plant (ICMP) and at the former military arsenal territory near Tokrau settlement.

The current radiation hazardous situation at ICMP and adjacent territories required step-by-step and long-term implementation of a large complex of research and remediation technical and engineering operations. NNC RK had executed a significant amount of work, that included search, removal of ownerless sources of ionizing radiation and RW, determine the boundaries of contaminated sites and eliminate the radiation hazardous situations at the territory of ICMP, RWDF and adjacent territories.

Considering the impossibility to place RW received from ICMP into the available repositories at RRC “Baikal-1”, in 2011 “Container storage site for radioactive wastes from the former Irtysh Chemical and Metallurgical Plant” project was developed and implemented in 2013. Totally 1,500 special containers and 1,500 barrels filled with solid RW of a total weight of more than 1,400 tons were removed, processed, transported and placed for storage at RRC “Baikal-1” from 65 areas, surveyed territories and shop floor 22A.

All works executed by NNC RK at ICMP contributed significantly in radiation situation improvement. Currently, NNC RK have been monitoring the territory of the plant, drainage and ground waters since 2004. Monitoring results show, that natural and artificial radionuclides content in the water are below the detection level of the hardware used or below the level of intervention with the water according to hygienic norms.  A large amount of operations was carried out on utilization of radiation contamination sources at the territory of the former military arsenal in Tokrau settlement, where ammunition storages were harmed after the fire. Sources of increased radiation hazard had been detected after the fire, hence the decision was made in 2006 to conduct elimination-preservation activities, that included radioactive wastes utilization and their transfer to long-term storage. Specialists of the National Nuclear Center of RK together with specialists from the Ministry of Defense of RK were involved in these operations. Previously, there were neither similar precedents nor work, that included development of technologies and further recovery of RW; such operations were carried out for the first time. The fire and explosion of the ammunition caused fragments spread over the surrounding territory. The most part of specific work, that included a rather thorough radiometric survey of the area adjacent to the storage facilities, which was also contaminated, was to be conducted by NNC specialists. Survey resulted in detection of contamination not only in storage facilities themselves, but also at the adjacent territory with a total area of more than 10 hectares. Basing on studies a decision was made about the necessity to develop technologies, that had never been used anywhere else in the Republic of Kazakhstan, meant for radioactive wastes removing from an extremely specific object. Operations were carried out step-by-step during 2 years. They started with collection and utilization of the dispersed radioactive ammunitions from the adjacent territory. Then repositories #18 and #19 were dismantled and cleaned. Radioactively contaminated metal elements and structures were cleaned from radioactive materials at a specially designated and equipped site.

In the process of removal operations, RW were packed in primary packaging and placed in transportation container for its further placement for a long-term storage at RRC “Baikal-1”. Over 30 trips in RW amount of 330 m³ were made during the work. Upon results of the final radioecological inspections of both storage facilities, and adjacent territory, it was determined, that radiation hazard had been eliminated. The final inspection at the object under study resulted in the confirmation of safety of the works performed and the absence of negative anthropogenic impact on the existing ecosystem. The Republic of Kazakhstan, represented by the NNC RK, successfully, professionally, and promptly solved this issue, thereby confirming a high level of competence in area of radiation safety.