The First Stage of Tokamak KTM Physical Start-up was Completed 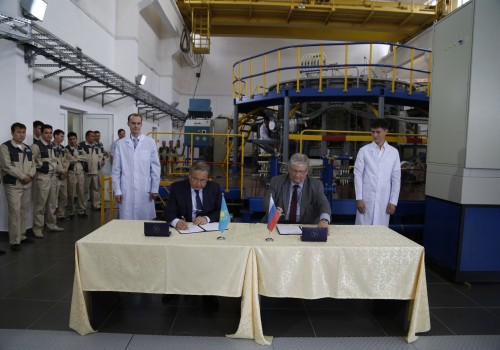 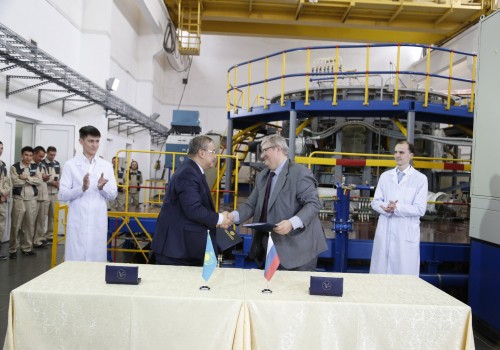 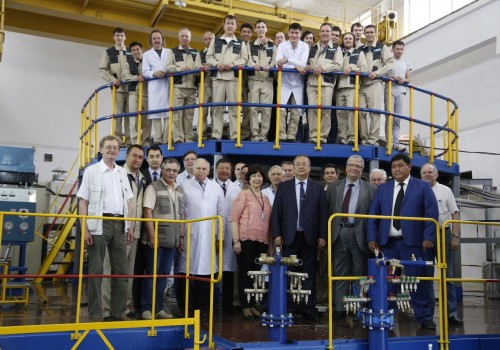 Today, on June 09, 2017 – The significant event on the day of opening International Exhibition “Astana EXPO- 2017” the first stage of Tokamak KTM physical start-up was completed in the National Nuclear Center of RK in Kurchatov, EKO.

This unique project is being implemented by the order of Head of the State, Mr. N.A Nazarbayev in close cooperation with the Russian Federation to support the international program on controlled fusion development.

“Currently, one of the main issues in construction of future thermonuclear reactors remains the production and testing of their structural materials. With commissioning of Kazakhstan’s Material Testing Tokamak KTM, this problem will be solved- said RSE NNC RK Director General Erlan Batyrbekov, - It is planned to test materials under the heat load up to 20 megawatts per a square meter at Kazakhstan Tokamak KTM that corresponds to energy load parameters for future thermonuclear reactors. Moreover, a majority of engineering and fundamental scientific tasks will be solved using KTM research complex. In the foreseeable future, the thermonuclear reactors would provide mankind with practically inexhaustible, environmentally friendly source of energy”.

According to the approved Program of Kazakhstan’s Material Testing Tokamak KTM (hereafter – KTM) Physical Start-up, aim of the first stage of physical start-up was KTM standard systems debugging and functioning test. During this stage, the initial phase of plasma discharge scenario was debugged and necessary conditions inside KTM vacuum chamber with break-down were provided.

The personnel of the National Nuclear Center of the Republic of Kazakhstan, Thermonuclear Research Unit of National Research Centre “Kurchatov Institute” and Troitsk Institute of Innovative and Thermonuclear Research of the Russian Federation took part in the work. As a result of the first stage of Tokamak KTM physical start-up, RSE NNC RK (Kazakhstan) and Kurchatov Institute (Russia) signed a protocol with the following resolution: “The main objectives of Tokamak KTM physical start-up have been achieved”.

The construction and installation, start-up and commissioning operations at the facility is planned to complete up to 2017.

Kazakhstan Tokamak KTM will be commissioned by the end of 2017. Over the period from 2018 to 2020, the discharge parameters will be outputted to the design ones and material testing studies will be carried out according to “Atom-CIS” program under the support of “Rosatom” State Corporation enterprises and other scientific organizations of the CIS countries.