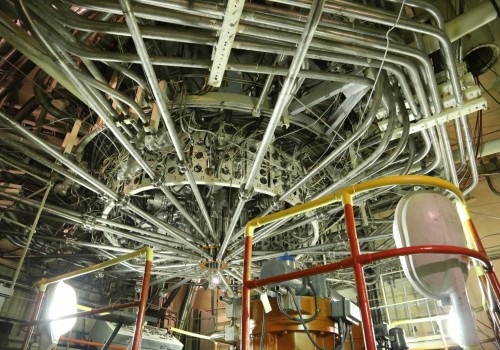 In the middle of 70th, “Baikal-1” test bench was created at the territory of Semipalatinsk nuclear test site, to perform experiments with nuclear jet engine as a whole and its units. IVG.1 research reactor was one of the basic experimental facilities, part of the test bench.

Physical startup of the reactor IVG.1 was performed in September-November 1972, and power startup, which meant the commencement of the reactor operation, was on March 7, 1975.

In 1975-1988 there was a plenty of tests of nuclear jet engine fuel assemblies and nuclear propulsion systems performed in the IVG.1 reactor, that justified their operability. At the same time, with experiments in reactor IVG.1, justified was operability of fuel elements and fuel assemblies of high-temperature gas-cooled reactor with nitrogen coolant. The experiments demonstrated ability to create the reactor.

Following the upgrade, from 1991 to the present time, IVG.1M reactor is mainly used for various scientific research programs. The most significant among them are neutron activation analysis of reactor materials, study into operation of lithium divertor of ITER prototype reactor, gas lasers with nuclear pumping, etc.

At present time, a program is being intensively implemented for IVG.1M reactor fuel down-blending, as well as a project on reactor systems’ upgrading, that will make possible to improve operational capabilities and characteristics of the IVG.1M reactor.