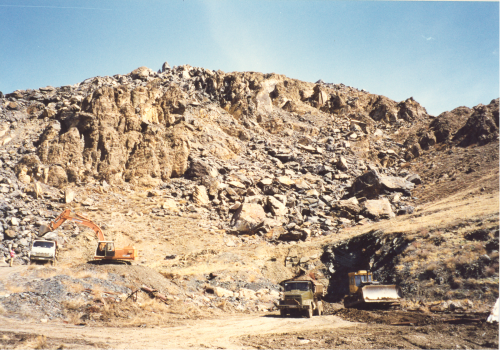 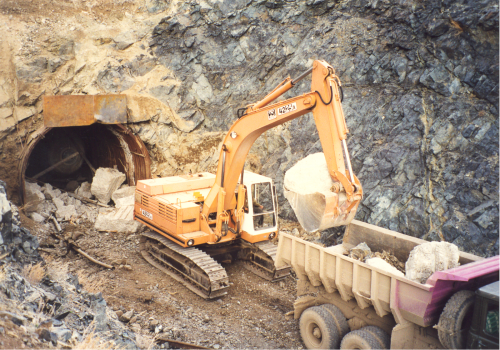 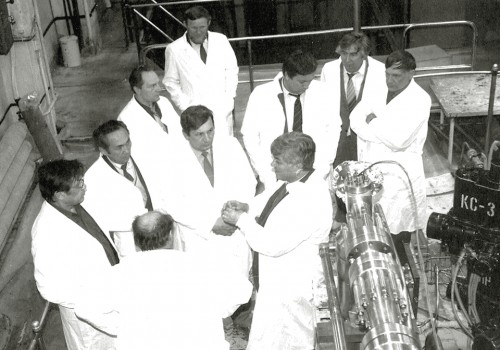 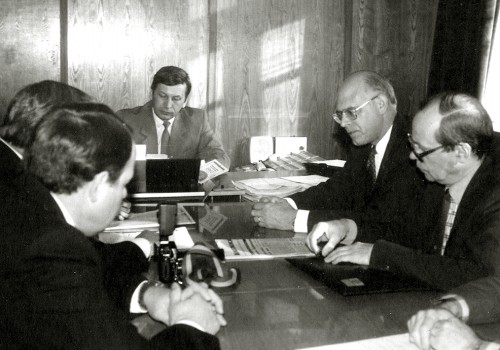 From the memories of Yuriy Semenovich: “it should be mentioned that critical role in the events preceding NNC RK establishment was played by Sultangazin Umirzak Makhmutovich, President of Academy of Sciences of Kazakh SSR. Being a highly professional scientist, he was aware of the unique potential of staff members and facilities that remained at the test site after collapse of the Soviet Union.  Umirzak Makhmutovich applying his presidential authority of AS of the Republic and National Deputy of USSR insisted on the necessity to continue operations on peaceful uses of atomic energy at STS. He also supported close cooperation of research organization Joint Expedition with scientific institutions of the Academy of Sciences of Kazakhstan. Engineering Academy of Kazakhstan was the other bright supporter of fast adaptation of the former union institutions of military-industrial complex in economy of young country. Upon initiative of U.A. Zholdasbekov and A.V. Bolotov analysis of existing STS organizations potential was made, which could be used in national economy”.

Thus, the National Nuclear Center of RK was established, its structure was approved, state tasks were set. One of the task was the elimination of nuclear testing infrastructure with the purpose to provide safety and non-proliferation of nuclear materials and sensitive information as well as development of special technologies and mitigation of nuclear test consequences and the most hazardous contaminated sites at STS.

After closure sites remained at the former Semipalatinsk test site that contained “sensitive” information on methods of nuclear test conduction such as tunnels at “Degelen” Mountain Massif, boreholes at “Balapan” test site and other engineering structures.

To reduce these risks extensive operations on nuclear testing infrastructure demilitarization were carried out at STS. Complex of operations included three stages: nuclear testing infrastructure elimination (1996-2000); prevention of proliferation of WMD and associated materials, technologies and knowledge (2000 – 2007), reinforcement of barriers, constructed earlier and exception of unauthorized access to the wastes of nuclear activity (2008 – 2012). All operations were performed for the first time and do not have any world analogous.

As a result of operations 181 tunnels at “Degelen” Mountain Massif were liquidated from 1996 to 2000. Projects on liquidation of 13 unused tunnels and 12 silo launchers were specifically developed and successfully implemented at “Balapan” site.

Alongside with liquidation a series of unique experiments were performed aimed at calibration of the world seismic grid. These efforts were realized in support of Comprehensive Nuclear Test Ban Treaty.

Today Yuriy Semenovich is a Chief Designer of fuel assemblies – Director of one of the departments of JSC Dollezhal Research and Development Institute of Power Engineering (Moscow), distinguished Constructor of the Russian Federation: “Through the years NNC RK have been developing consistently and its internationally recognized authority strengthens. None of the unique experimental facilities was lost, new benches were constructed, that were without parallel anywhere in the world. Practically the whole personnel were renewed; personnel training system was developed, highly qualified specialists were trained. It may safely be said that up to date NNC RK is one of leaders of innovative development in the country. I am proud that the destiny gave me the chance to participate in establishment and formation of such a great scientific organization”.