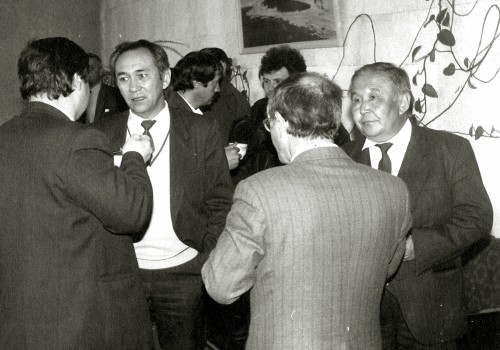 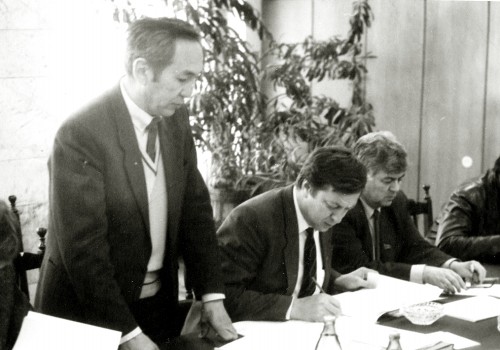 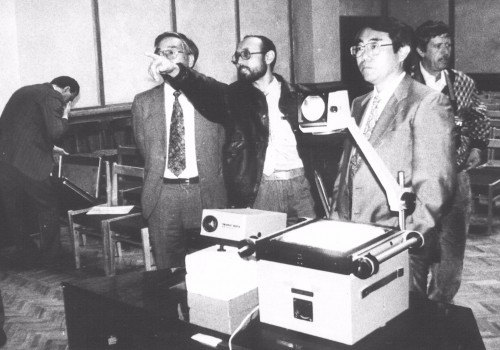 The period of enterprise’s establishment within 1992-1994 had been one of the most challenging in the history of the National Nuclear Center of RK. It can be characterized as transition period from the liquidation of all test site structures to the creation of research base on its territory, where NNC RK has served as fundamental unit. That year in 1992, Batyrbekov Gadlet Andiyanovich, Professor, Doctor of Technical Sciences was assigned as the first Director General of NNC RK.

One of the main achievements in that period was preservation of scientific potential of the Ministry of Defense and the Ministry of Special Machine Building (Minsredmash) of the USSR under severest conditions at the Semipalatinsk Test Site. There was a military unit which included research units engaged in radiation safety and nuclear tests monitoring as well as Joint Expedition SPO “Luch”. The Institutes of the National Nuclear Center required to be created at their base. It was realized in 1993. The Institutes as well as the entire National Nuclear Center was directed with clear structure and work program.

At that period a lot of issues relating to test site – what was its conditions, what makes it hazardous, do’s and don’ts – needed to be solved. The scientific and international activity was launched. Exactly that period was characterized by active mutually beneficial cooperation with national laboratories of USA, Japan, France, FRG and other countries. This allowed to speed the work in the field radioecological situation study at Semipalatinsk and other nuclear test sites (Lira, Azgir) at the territory of Kazakhstan.

Within the fourth direction a network of seismic stations on monitoring of nuclear weapons tests was reequipped and adjusted. And it’s all been achieved during the challenging period for Kazakhstan.

G.A.Batyrbekov, Professor, the first Director General of RSE NNC RK recalls: “During the winter period of 1993-1994, the remaining part of residents in Kurchatov survived without heating, was sleeping in clothes. There were severe conditions, challenging problems – life’s and financial problems. The main challenge for that period was not science but surviving and learning for life in severe conditions… But we reached the main objective – maintaining of the core of staff, experienced and qualified specialists. The employees received their salaries and were provided with financial orders and had opportunity to support unique equipment in serviceable condition. It was difficult to support safety and integrity of reactors under the prevailing conditions but the public awareness was able to rise to the occasion”.

The continuation is in the next article.