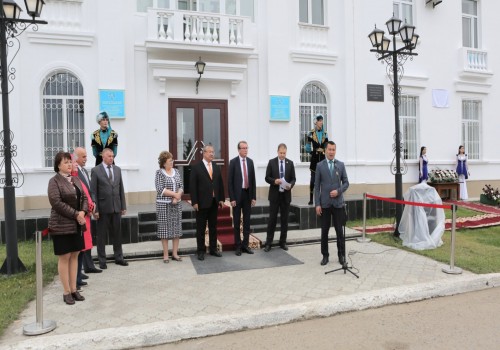 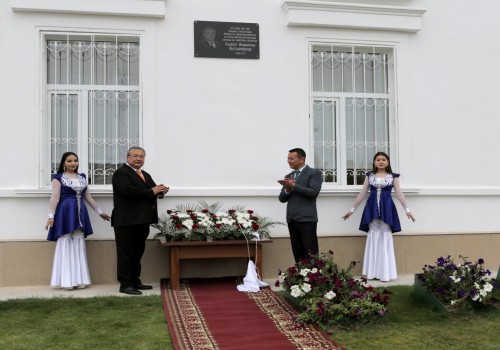 On September 27, an opening ceremony of commemorative board was held in Kurchatov town, dedicated to Gadlet Andiyanovich Batyrbekov, Kazakh eminent scientist, Doctor of Engineering, Professor, laureate of the Republic of Kazakhstan state prize, the First Director General of the National Nuclear Center of RK. The ceremony took place in anticipation of the Day of Nuclear Industry Workers of the Republic of Kazakhstan.

Gadlet Andiyanovich Batyrbekov has left an indelible mark on the history of our State. As a true professional of his business, all his life he devoted to the development of domestic science - solution of pressing issues on nuclear reactor physics and nuclear power engineering.

A special page in life of Gadlet Andiyanovich was his contribution to the establishment and development of the National Nuclear Center of the Republic of Kazakhstan.

The first Director General under the most difficult political and economic conditions of the early 1990s managed to preserve a scientific and technical potential of the former military-industrial complex of the USSR at Semipalatinsk Testing Site and establish functional structure of NNC RK.

Accordingly, necessary conditions were created after unification of the scientific and technical potential for integrated scientific-technical policy realization in the peaceful uses of nuclear energy. NNC RK became the center of cooperation of Kazakhstan with many countries in the field of nuclear power, radiation ecology and monitoring of nuclear weapon tests at the operating test sites all over the world. Under the leadership of Gadlet Andiyanovich, the first target Republican Program “Nuclear Power Development in Kazakhstan” was developed, operations were initiated and valuable results were obtained on radioecological situation study at Semipalatinsk and other Nuclear Test Sites, study safety of nuclear power reactors, re-equipment and development a network of seismic stations to monitor the testing of nuclear weapons in world test sites, etc.

Commemorative board is installed on the face of the building in Tauelsizdik Street, where the first office of the National Nuclear Center of RK was formerly located.