Successful Completion of the Multilateral Cooperative Project on Long-Term Storage 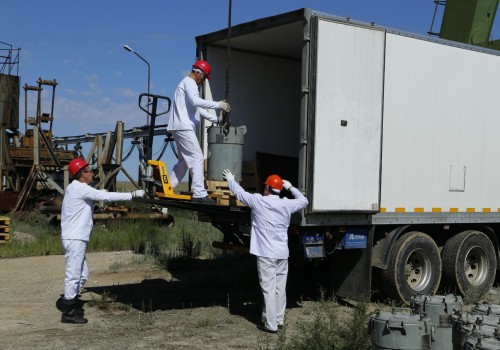 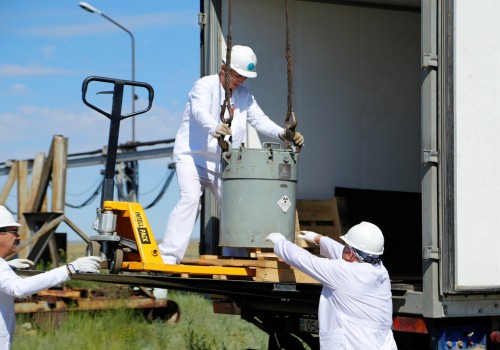 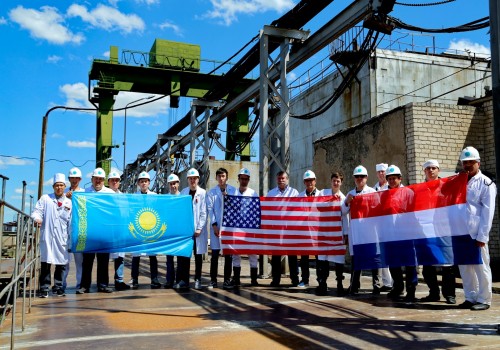 Over the years, RSE NNC RK has been accepting solid radioactive wastes and expired ionizing radiation sources (IRS) to dispose them for long-term storage. Acceptance procedure required the following: extracting IRS out of encasement, identification of the sources in radiation protection chamber, and packaging to protecting casing for further long-term storage at “Baikal-1” CRR.

With the progress of the activities, over 15 large-size IRS containing pieces, devices and facilities were accepted. Considerable size and weight of the devices hampered extracting of radiation sources using technology and equipment available in the RSE NNC RK, in particular, due to limited size of radiation protection chamber and loading process windows.

Already in June 2017, “Nuclear Technology Safety Center”, National Nuclear Center of RK, “MAEC-Kazatomprom” Ltd and “IzotopSnabService” Ltd had signed an agreement on handling large-size radioisotope devices (RID), which contained ionizing radiation sources and were stored at the NNC RK. The agreement provided for preparation, transportation of large-size radioisotope devices to “MAEC-Kazatomprom” Ltd, sources extraction, identification and loading to protecting casing, transportation of the extracted IRS and disassembled RID from “MAEC-Kazatomprom” to the National Nuclear Center.

Pursuant to the agreement, for the period from July to October 2017, part of RID were disassembled, extracted and placed for storage at “Baikal-1” CRR.

For the period from November 2017 to June 2019 final efforts were made for transportation of remaining RID to “MAEC-Kazatomprom”, where the sources were extracted and put to protecting casings. Later the disassembled radioisotope devices and protecting casings with extracted IRS were transported to the National Nuclear Center of RK.

In radiation protection chamber the ionizing radiation sources were taken out of encasement, identified and placed for long-term storage at “Baikal-1” CRR.