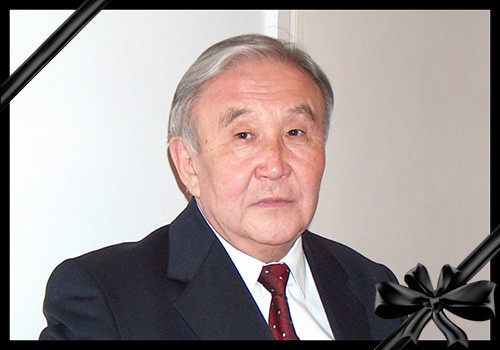 Gadlet Andiyanovich made significant contribution to the development of nuclear science and technology, dealing with a number of scientific issues related to nuclear reactor physics. G.A. Batyrbekov had developed and studied first fast breeder reactor with thorium shield, and this justified possibility to develop nuclear power with extended nuclear fuel reprocessing in uranium-thorium cycle. Great contribution was made by G.A. Batyrbekov to development, improvement and promotion of safety of Kazakhstan research nuclear reactor WWR-K. Critical test-bench – low power reactor- was constructed under his supervision, which made possible to simulate and study specifications of different cores.

In 1970, Gadlet Andiyanovich started pioneer researches into nuclear-excited plasma of various gas media and lasers with nuclear and combined pumping in nuclear reactor. Later he managed to get first generation of laser radiation on molecular transition of electric-ionization СО2-laser in core of stationary nuclear reactor.

In 1979, G.A. Batyrbekov had promoted space-purpose nuclear power facility concept, generating electric power and laser radiation at thermionic emission fast breeder converter reactor and lasers with assisted discharge. With the serious theoretic study, for the period from 1983 to 1990, under the supervision of Gadlet Andiyanovich, full-scale experiments were carried out at one of physical prototype thermionic emission converter reactor of space nuclear-power facility at Physics-power institute. The experiments proved practical realizability of the project.

Scientific papers of G.A. Batyrbekov on physics and technology of nuclear reactors, physics and chemistry of nuclear-excited plasma, lasers with nuclear and combined pumping and nuclear power facilities generating electric power and laser radiation, are widely known in Kazakhstan and abroad. Results of the scientific research were reflected in over than 250 published scientific works and papers of international conferences held around the world.

Gadlet Andiyanovich created a scientific school – a galaxy of high-class specialists, his successors, who were brought up and trained for the years of his active scientific activity. Owing to hard working nature, adherence to principles and truly encyclopedic knowledge, G.A. Batyrbekov always had deserved immense authority among academic community.

Special stage in life of Gadlet Andiyanovich was his effort in establishment and development of National Nuclear Center of the Republic of Kazakhstan, when he was appointed a director general in 1992 as soon as the center was established. G.A. Batyrbekov bore responsibility for keeping the capacity of the former USSR military and industrial complex at Semipalatinsk test site, and establishment of institutes within the National Nuclear Center, in severe political and economic situation of transition period. Thus, while G.A. Batyrbekov worked at a position of Director General, four scientific research institutes were established within the NNC RK at the former test site: institutes of atomic energy, radiation safety and ecology, geophysical research and diagnostic and treatment center. Their scientific and international activity was launched, as well as NNC RK and its institutes’ structure was developed. Under the leadership of Gadlet Andiyanovich, the first target Republican "Nuclear Power Development" Scientific and Technical Program was developed. He had been involved in broad international cooperation established with the US National Laboratories, departments and scientific organizations of Russia, Japan, France, Germany and other countries, to the launch process of joint projects with international organizations IAEA, ISTC, and CTBTO. Owing to the effective international cooperation, a valuable work was carried out to study the radioecological situation of the Semipalatinsk and other Nuclear Test Sites, to study the safety of nuclear power reactors, to make re-equipment and adjust a network of seismic stations to monitor the testing of nuclear weapons in world test sites, etc. NNC RK has become the center of cooperation of Kazakhstan with many countries in the field of nuclear power, radiation ecology and monitoring of nuclear weapons tests at the operating test sites over the world.

For the creation of a multifunctional experimental base, the development and implementation of nuclear physical research methods, fundamental and applied research in the field of nuclear physics, solid state physics and radiation materials science, the creation of nuclear, radiation and ion-plasma technologies and the solution of the problems concerning highly qualified personnel training, Batyrbekov Gadlet Andiyanovich, as a member of group of specialists was awarded with title of laureate of the State Prize of the Republic of Kazakhstan in the area of science and technology for 2009.

Being a worthy son and a patriot of his country, Gadlet Andiyanovich has made an indelible mark on the history of our state as an outstanding physicist and talented leader.

The staff of the National Nuclear Center of the Republic of Kazakhstan, sharing the bitterness of the loss, expresses sincere condolences to Erlan Gadletovich Batyrbekov, to the family and relatives of Gadlet Andiyanovich. The blessed memory of him will remain in our hearts forever.