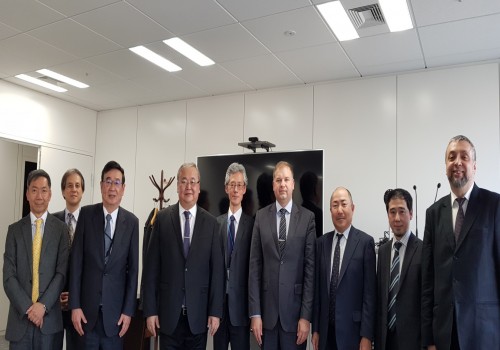 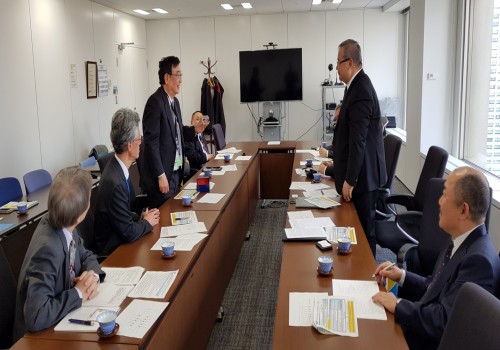 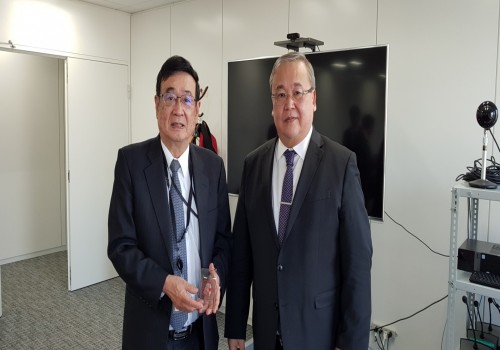 E.G. Batyrbekov, the Director General of RSE NNC RK, during his visit to Japan, held working meeting with Mr. Toshio Kodama, the President of JAEA – Japan Atomic Energy Agency. In the conversation with organizations heads the high level and progress of cooperation were noted in area of fast neutron reactors safety with sodium coolant, implemented under EAGLE Project. EAGLE Project uniqueness consists in the fact that the world’s first core material melting experiments are carried out in reactor conditions (up to 8 kg of fuel, up to 10 kg of melt – with structural materials).

The first contract under the Project, that was later called EAGLE, was concluded in December 1995 and directed towards experimental confirmation of the concept  on melted fuel controlled displacement in damaged fast neutron reactor from its core to safe sections inside reactor vessel.

Since March 2015 the third stage of the Project, EAGLE-3, has been successfully implemented, operations under which are focused at fuel displacement possibility along guiding tubes of fast reactor Control and Safety System, as well as study the processes of melt cooling in the presence of residual energy release in it and limited quantity of sodium coolant.

The President of JAEA informed on new policy adopting by Japan Cabinet Office in area of fast reactors. Mr. Kodama marked, that JAEA will be further the key organization in Japan upon the current direction of nuclear power engineering, responsible inclusive for the international cooperation in this sphere. Currently, JAEA is in the process of road map developing under the fast reactors technology development strategy, the basis of which is an unconditional safety of the future NPP, and in this sense JAEA-NNC long-term successful cooperation experience on the current issue is a good basis for the future coordination.

The Heads of JAEA and NNC RK also noted fruitful cooperation in area of personnel training for nuclear industry and coordination on solution of the former Semipalatinsk Test Site radiation issues.