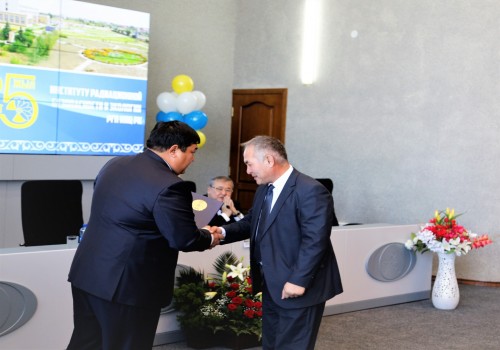 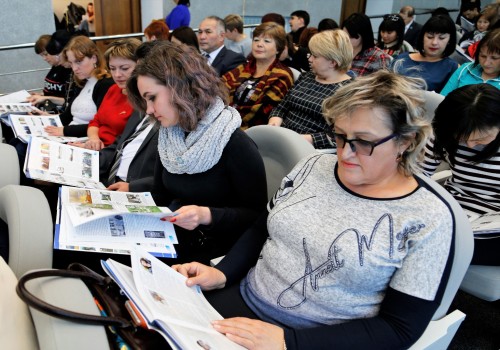 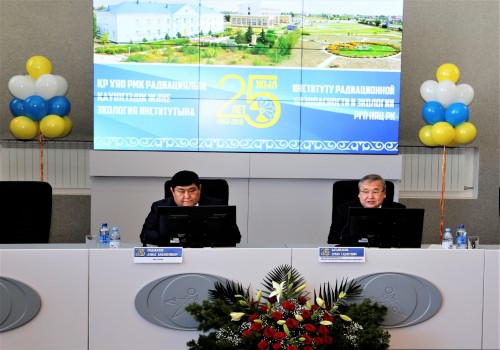 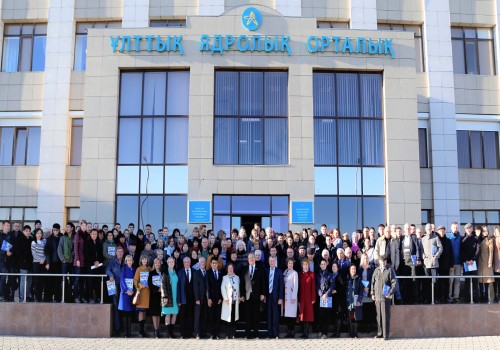 A solemn meeting dedicated to 25th anniversary of Institute of Radiation Safety and Ecology was held in the National Nuclear Center.

The idea to establish Institute of Radiation Safety and Ecology (IRSE) emerged after the Semipalatinsk test site (STS) closure, when the test site was restructured to be a research center. On August 29, 1991, N.A. Nazarbaev, RK President Decree #409 on STS closure was published, and later in May 1992 - RK Cabinet Decree #779 on “Establishment of National Nuclear Center and Nuclear Power Agency of RK”.

From the establishment moment, life of the Institute is closely related to National Nuclear Center, and its activity – with operation at test site.

The challenge that was set up for Institutes’ staff covered a number of very important issues: what is real radioecological situation at STS and adjacent territories, how dangerous is it for population? Almost all documents, containing information about test site operation, were not available, classified and stored beyond the country. There was demand on radiation support for operations which had been commenced by the moment aimed at elimination of nuclear test infrastructure, and schedule measures to liquidate their consequences.

In that difficult historically transit times in our country life, answers should have been found to these and other questions, it was necessary to lay the foundation of scientific and economic activity of new enterprise, create efficient structure, determine funding sources, solve a plenty of associated problems. First-hand employees, who faced the weight of enterprise establishing, successfully managed the difficulties.

We should highlight a great contribution of international organizations which lent equipment and methodology assistance to the young institute. International Science and Technology Center was one of the organizations, which used to and still providing support by delivery of up-to-date equipment and grant-in aid for scientists making possible to apply their scientific potential and experience in peaceful purposes. Cooperation between the Institute and International Atomic Energy Agency (IAEA) deserves separate remark. Institutes’ employees are trained in largest scientific research centers of the world, participate in working meetings organized under aegis of IAEA. Besides, materials of comprehensive radioecological researches performed at STS, undergo obligatory examination by IAEA experts. Great quantity of unique analytical equipment was delivered under technical cooperation projects.

Making speech for the solemn meeting participants, Erlan Batyrbekov, RSE NNC RK Director General cited: “Today we are safe to say that priority goals set for Institute of Radiation Safety and Ecology are achieved”. Huge amount of information was obtained regarding the current radiation situation at STS and adjacent areas. Nuclear testing infrastructure was completely eliminated and brought to safe state. All significant radioactive contamination areas were revealed, high-quality determination of technogenic radionuclides concentrations in environment was performed, as well as toxicant and microelements levels. Basic routes and mechanisms of radioactive substances migration were determined. Taking into account large STS area, number of tests that took place here, wide range of radiation situations and conditions, to get such data scope even for 25 years of work would be impossible without clear, well-coordinated efforts of highly qualified staff of the Institute and all National Nuclear Center. We managed to restore infrastructure and create unique, best in the country and among post-soviet region laboratory-analytical base”.

Today, owing to experience obtained in operations performed at STS, and developed competence, IRSE has become a leading enterprise in radioecology. Currently, the Institute has to solve issues related not only to STS activity, but also other strategic and social important objects of Kazakhstan, to include elimination of Irtysh Chemical-Metallurgical Plant operation consequences, as well as consequences of fire at Tokrau military arsenal, and research of radiation situation in Western Kazakhstan, and notorious Kalachi settlement. Surely, in subsequent years STS issues will remain of high priority in the Institute activity, but, in addition, there is full consciousness of responsibility regarding solution of radiation problems in Kazakhstan as a whole.