We are starting KVN… 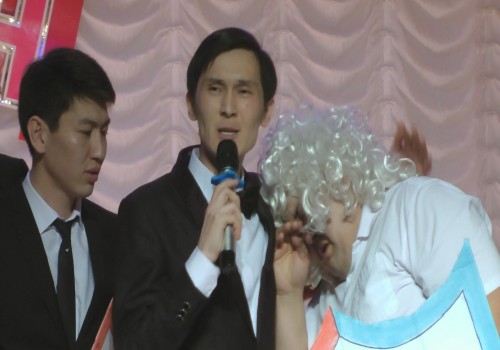 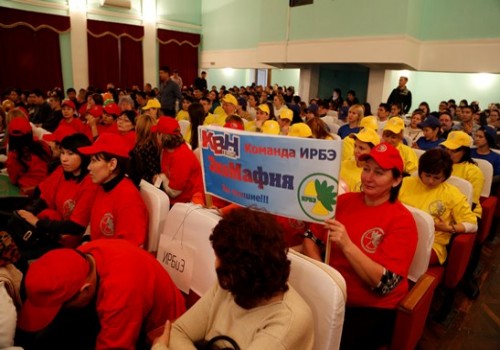 A great feast of humor was presented by personnel of the National Nuclear Center to the residents of Kurchatov town.

Competition for the title of the most funny and inventive was between three teams: “Ecomafia” (Institute of Radiation Safety and Ecology), “300 fighters” (Institute of Atomic Energy), “Lego” (Baikal).

The game was intense. The teams were creative in each competition stage: “Team visiting card”, “Cinema contest”, “Homework”, with humor and spirit, giving good hearty laugh over work and life realities. Standing ovation of fans supported the teams during the game.

As a result, “Ecomafia” team won the competition and got a Cup of RSE NNC RK Director General and a grand prize. Second prize is given to “Lego” team, third – “300 fighters” team. Medet Kadyrov (Baikal) is declared as the best player.

- “Level of KVN demonstrated by our fellows surpasses all imagination”, - noted Erlan Batyrbekov, Chairman of judges, - “All participants are very merry, artistic and active.”

From now on KVN for the Cup of RSE NNC RK Director General will be traditional, and will be held every year in September to celebrate the Nuclear Industry Employee Day.