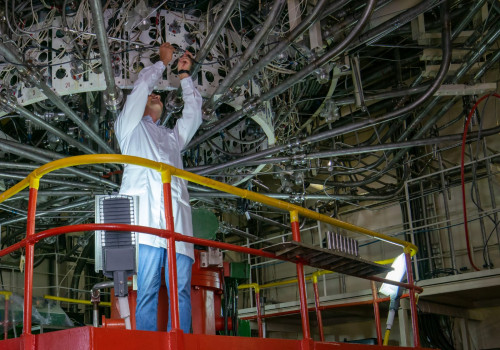 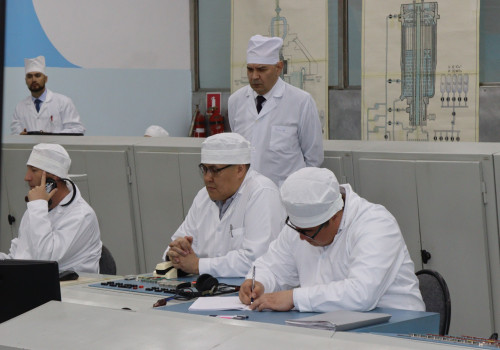 On August 10, the reactor studies were successfully completed at the National Nuclear Center of the Republic of Kazakhstan as part of the physical start-up phase of IVG.1M reactor with low-enriched uranium (LEU) fuel.

During the work, neutron-physical characteristics of the reactor with the new core were determined. The results obtained showed the improvement of the reactor’s operational characteristics. In particular, reactor’s operating time on a single load of nuclear fuel was significantly increased and experimental confirmation was also obtained that the increase in the amount of nuclear fuel in the reactor core as provided by NNC RK specialists will make it possible to conduct in-pile reactor experiments with more complex experimental devices, that in turn, significantly expands the range of scientific and technical tasks that can be implemented on IVG.1M reactor.

Successful completion of the physical startup phase allows to start the next phase - the power startup of the reactor, after which IVG.1M reactor with LEU fuel will be put into operation that means the resumption of research work in peaceful use of atomic energy in the next year.