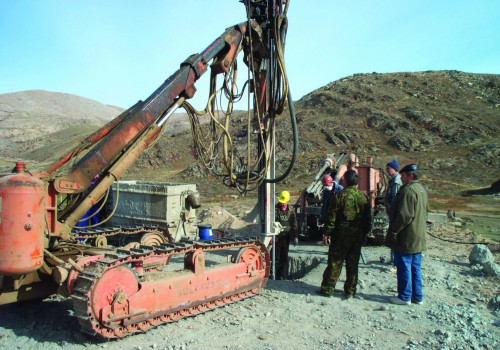 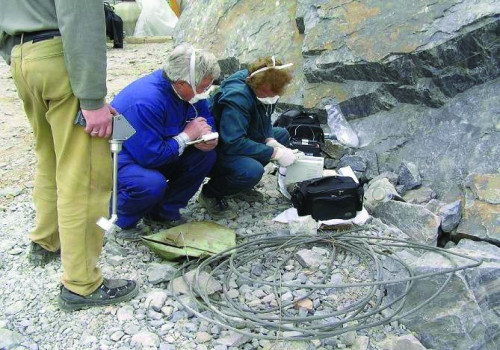 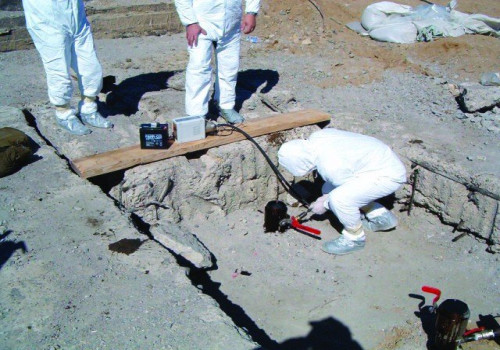 Non-proliferation of fissile materials, containing at the territory of the former Semipalatinsk test site, required operations realization to enhance the safety of already preserved objects.

The objective of the projects was to enhance the safety of five spent containers (“Kolba”, containing residues of nuclear activity (RONA)), remained after STS activity.

Statement of work and work plan covered multi-level system creation for protection of RONA, containing in spent containers, not associated with containers removal and transportation. Technical solutions, prepared by specialists from FSUE RFNC VNIIEF, CJSC VNIIEF TANIK, NNC RK and DTRA, were based on the use of protective properties of the existing structures and containers.

Operations on enhancement of safety for “Kolba” containers, remained after nuclear tests, were carried out in accordance with work plan agreed by specialists of the Russian Federation and the United States of America.

As a result of operations realized as part of “Matchbox” project at RBSh site, the main objective of the project had been achieved – involving construction of the additional physical barrier, that would prevent or halt any attempts to recover residues of nuclear activity from the site, and elimination of evidences of the tests conducted there, indicating the location of the site.

The object consisted of two engineering structures – left and right. Three “Kolba” containers were located in the left structure.

However, NNC RK specialists proposed to fill containers without portal breaching by way of boreholes drilling from outside of the engineering structure in order to provide safety for Kolba containers more properly. This idea made the work much more difficult, but practically excluded the possibility of containers removal from the tunnel.

First, there was no certainty that boreholes drilling from the outside would hit the right part of the container surface, which had a cylindrical shape with spherical ends. Besides, the mountain relief was steep, thus requiring a serious scope of explosion operations during preparation of site for drilling machines placement.

The idea, however, had definite advantages, since it avoided necessity of portal breaching and immediate access to the “Kolba” containers. Containers’ integrity did not prevent ambient high radiation background due to RONA availability. Moreover, the task to return the containers following the filling was challenging though solvable due to significantly increased mass. Following trilateral consultations, a compromise decision was made as follows: fill one container which was located closer to the portal with sand-cement mixture, ensure protection of the remaining two containers by filling concrete solution to the whole space of the box with containers.

Operations to enhance protection for left structure (with containers) were performed by drilling special boreholes from top to breach the structure and filling it with concrete solution through the drilled boreholes. The special boreholes, diameter from 105 to 250 mm, were drilled from surface at work site.

Drilling of the first exploration borehole had positive results – the drill rig penetrated the cavity. Using video cameras position of the borehole bottom was determined relative to containers location.

Total of six boreholes were drilled for filling containers, tunnel cavities, and to ensure video monitoring for the operation stages.

The concrete solution spread due to its flowability set by specific concrete recipe, and at final stages – due to pressure from concrete column in borehole. Since the left and right engineering structures adjoin, in order to enhance protection for left structure, right engineering structure was enhanced. The completed efforts to avoid unauthorized access to RONA contributed to the environmental improvement.

Radiation safety was ensured for all hazardous operations. Radiation impact levels for personnel were within the limits restricted by Radiation Safety Standards. No internal exposure of personnel occurred during the operations.

The above-mentioned efforts made possible to exclude any possibility to recover RONA from the containers, enhance containers’ physical integrity and make them non-transportable due to significantly increased mass and sealing inside the tunnel.