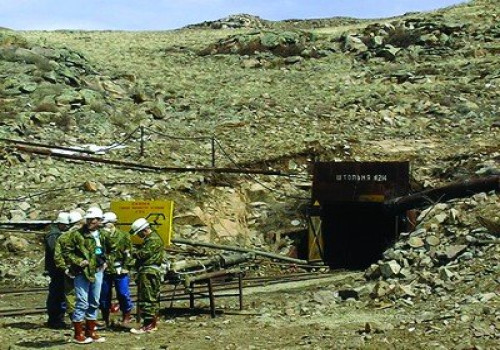 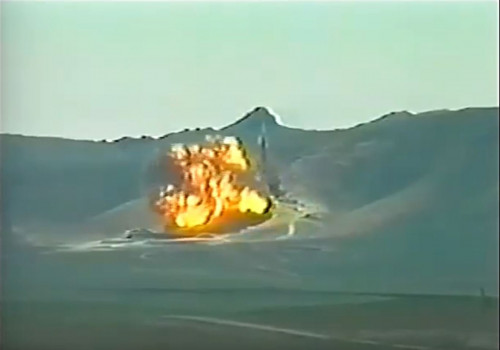 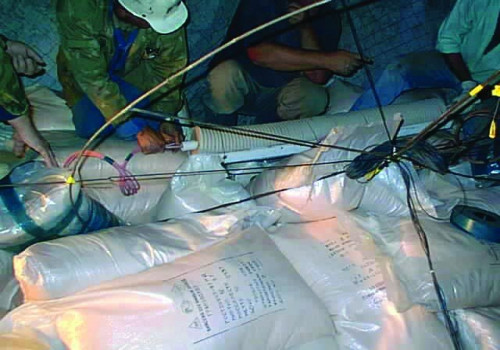 The Comprehensive Nuclear Test Ban Treaty (CTBT) was adopted by the 50th session of UN General Assembly; Republic of Kazakhstan signed the treaty on September 30, 1996. The Treaty expands to unconditional framework the limited nuclear test-banning regime introduced by the Treaty Banning Nuclear Weapons Testing in the Atmosphere, in Outer Space and Under Water (1963).

Application of chemical explosive to get validation data and calibrate seismic sensors is probably the only method to obtain necessary information to ensure effective implementation of the Comprehensive Nuclear Test Ban Treaty.

The technology is needed for various geologic environment and conditions around the globe where unauthorized nuclear tests can be carried out, and extremely vital for non-proliferation. The purpose of the experiments is to test and/or improve verifying technologies to support CTBT, conduct regional (teleseismic) calibration, improve research for low-frequency EMP detection, and provide possibility to conduct on-site inspection.

In the framework of operations under DTRA contract, there were three seismic calibration experiments performed in the tunnels at Degelen Mountain Massif, with blasting of 100 ton of chemical explosive – granulotole for each experiment.

The series of experiments was called “Omega”:

The research program under the preparation for “Omega” experiments in tunnel included geological, geophysical and hydrogeological survey of the tunnels in order to evaluate of background medium for calibration explosion, and to develop an appropriate charge. The preparatory mission completed with explosive charge, installation of measurement equipment inside the tunnel and on surface, and concrete plug constructed. “Omega-2” and “Omega-3” calibration experiments were conducted in tunnel #160. Isolated location of the tunnel #160 was a favourable condition for the series of experiments. Either pack or scattered pieces of granulotole charge to the amount of 100 ton with six intermediate prime detonators was placed in specially constructed chamber with hemispheric sink. The hemisphere radius was 3 meters. The chamber dimensions were 4.8×4.8×4.8 meters. Series of “Omega” seismic calibration experiments made possible to measure explosion parameters.

With “Omega-2” experiment, observation of parameters of close in airblast was added.

Using data from “Omega-2” and “Omega-3”, the source was localized based on the records of near-field stations S1-S7, and data from the stations of National Nuclear Center and Kazakhstan’s stationary seismic network. The obtained localization results were in good agreement with real coordinates of the explosion location and time. The data received from Kazakhstan’s stations confirmed the findings of International Data Center that the seismic effect of “Omega-3” had been far less than of “Omega-2”. Thus, a number of stations and seismic arrays being part of IMS across the globe registered “Omega-2”. Station ZAL (Zalesovo) and seismic array HFS were the only stations, which registered “Omega-3”.

As a result, the explosion was not included to REB catalog, since less than three IMS stations had registered the explosion. The mission of well-prepared and successfully conducted “Omega” seismic calibration experiments was completed.