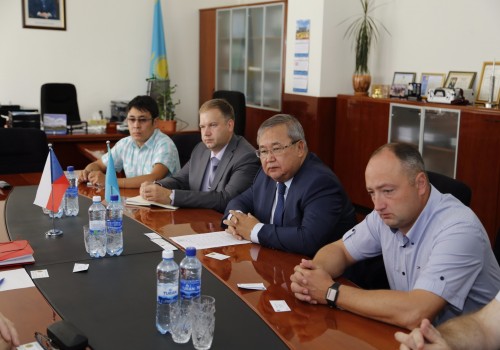 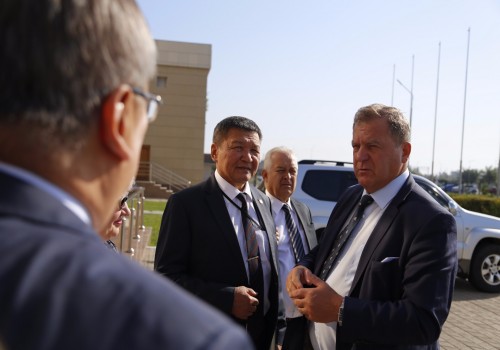 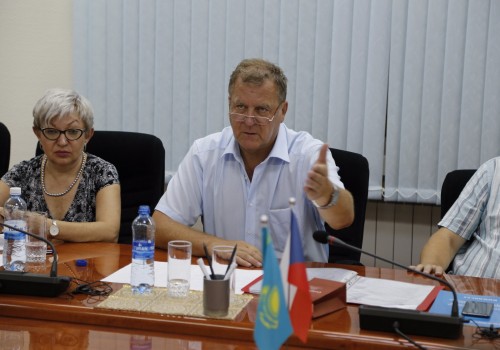 Accumulated experience of Kazakhstani and Czech organizations in the area of development of nuclear power engineering, radioecology, personnel training will serve as a basis for fruitful cooperation in the mentioned areas.

The current and other issues were discussed at technical meetings of specialists from Czech companies and the National Nuclear center of RK.

“We are ready for cooperation in all directions of our activity: development of nuclear power engineering, radioecology as well as high qualified personnel training”, - noticed Erlan Batyrbekov, Director General of NNC RK.

In area of nuclear power engineering development – experience exchange in spent fuel storing techniques and methods. Both countries have such an experience. Thus, for instance, substantive problem for Kazakhstan was security assurance due to availability of spent nuclear fuel (SNF) from BN-350 reactor in Aktau, that contained immense quantity of accumulated radioactivity. Practicability and possibility of accident-free and long-term storage of this fuel was proved at the territory of STS. Necessary and rather specific infrastructure was created to transport SNF from BN-350 for long-term storage making it possible to store cargo of one unit weight – 140 tons: SNF temporary storage, BN-350, reloading point and long-term storage. TPC with SNF were currently set for long-term storage under control and safeguards of the IAEA and do not have negative environmental effect.

Experience exchange issues on radioecology, in particular, on radiation security for population and personnel in Uranium mining areas were also examined.

It was proposed to organize training for NNC RK specialists at Czech enterprises as well as Czech specialists training at research base of NNC RK. Personnel training – is one of the important strategic direction of NNC RK activity. Personnel base creation is a fundamental task, on which branch successful development depends. To solve this task the National Nuclear Center cooperates with the leading educational institutions and enterprises of Kazakhstan, near and far abroad.

Summing up the results of meeting, Head of Czech delegation – Zdenek Zbytecka, Chairman of the board of Consortium “CZET – Czech Energy Conservation Technologies” noted, that all intended ways of cooperation would be discussed at the meeting in Astana under the chairmanship of B.M. Jaxaliev, Vice Minister of Energy.