Transportation of the Downblended HEU Fuel 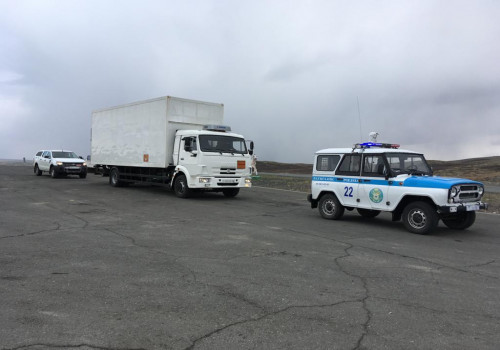 The final stage on reduction of IGR reactor fuel enrichment has been realized in the National Nuclear Center of RK – on April 23 of the present year the downblended fresh highly enriched fuel was delivered to RRC IGR. During its reprocessing, fuel enrichment was reduced down to safe levels.

“Beside active work on reactor conversion supported by the Idaho National Laboratory (USA), we are in the process of HEU fuel handling, located at research reactor sites, – said Erlan Batyrbekov, Director General of NNC RK. – A considerable reserve of HEU – both irradiated and fresh fuel – was historically formed in IGR complex storage. It was decided to pack and transport fresh highly enriched uranium-graphite fuel of IGR reactor. At first, it was planned to transport the fuel to the Russian Federation, but after thorough decision making, the fuel was transported to Ulba Metallurgical Plant in 2019 for the purpose of its subsequent enrichment reduction. Today, the work on fuel downblending has been already completed, and fuel has been delivered and placed in storage at the territory of IGR Research Reactor Complex”.