Joint Use of Tokamak KTM 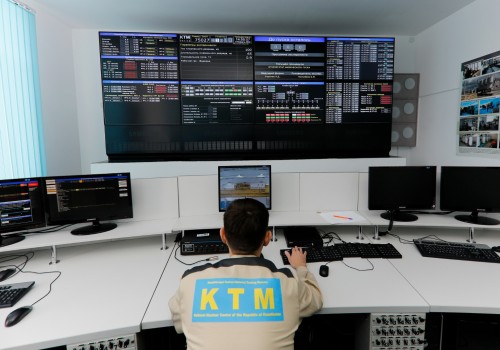 In the framework of the CIS Intergovernmental Agreement on the joint use of
Tokamak KTM, a program of scientific research has been implemented in the National Nuclear Center of RK with participation of the leading scientific countries of CIS.

The Joint Institute for Power and Nuclear Research – Sosny – participates in researches on behalf of the Republic of Belarus. The principal directions of their activity are oriented at internet resource creation for collection, storage and exchange of information in area of different studies at tokamaks; establishment of GRID-integrated system for data processing.

The program demonstrated its efficiency and good results on controlled thermonuclear fusion, that were published in class magazines.

For reference: A Program of Scientific Research was approved by CIS Economic Council on March 2, 2018.

An Intergovernmental Agreement on the joint use of the KTM Tokamak was signed on May 26, 2017 in Kazan city, RF.

The Intergovernmental Agreement was signed by 6 countries: Kazakhstan, Russia, Belarus, Kyrgyzstan, Armenia, Tajikistan. The main objective of agreement – is to create a mechanism for scientific researches conduction at Kazakhstan’s Material Testing Tokamak by scientists from different CIS countries. The agreement creates a legal base for joint use of the unique experimental complex at the territory of Kazakhstan. The program of scientific research is administrated through Secretariat of ATOM-CIS Commission with annual reporting at “ATOM-CIS” Commission meeting.

Currently the Joint Research Program to be realized at Tokamak KTM during 2021-2023 has been developing, and is a subject to approval at CIS Economic Council meeting in 2020.