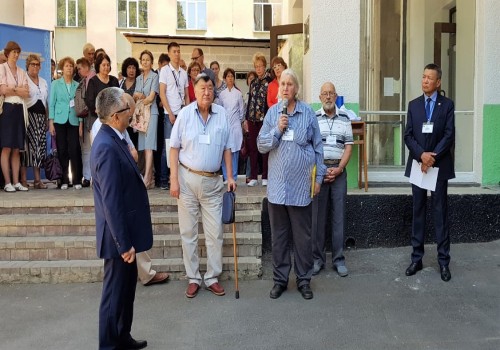 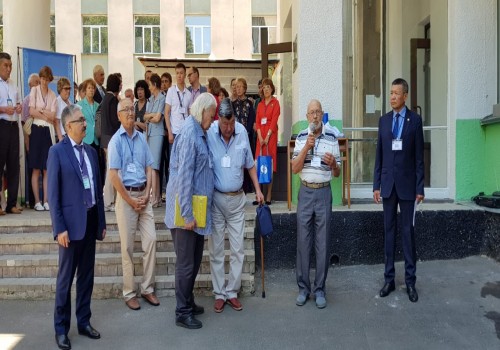 Today, on June 24,  memory of Gadlet Andiyanovich Batyrbekov, outstanding Kazakhstan scientist, Doctor of Engineering, Professor, laureate of state prize of the Republic of Kazakhstan, was eternized in Almaty.

The memorial plaque was opened at the building of Institute of Nuclear Physics in Alatau settlement.

The opening ceremony was attended by family of Gadlet Andiyanovich, his colleagues and friends. The name of outstanding scientist – Gadlet Andiyanovich Batyrbekov is for ever written in the history of two largest scientific enterprises of our country – Institute of Nuclear Physics of RK and National Nuclear Center of RK.

He was the first chief engineer of WWRK reactor, first Director General of NNC RK. He made invaluable contribution to the solution of actual issues in physics and nuclear power engineering. Results of his scientific activity are well-known and acknowledged in Kazakhstan and abroad.

To a large extent owing to Gadlet Andiyanovich, scientific and technical potential of the USSR former military-industrial complex at Semipalatinsk test site was preserved under hardest political and economic conditions, and National Nuclear Center of RK was established.

Gadlet Andiyanovich left indelible imprint in the history of our country and in our hearts forever.