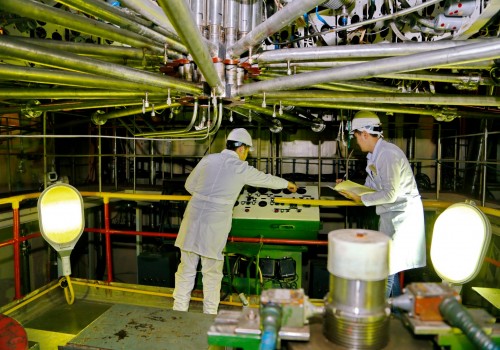 On March 12, a coordinating meeting on research reactors’ conversion and utilization of highly enriched uranium (HEU) fuel was held in Astana chaired by Mr. Sungat Esimkhanov, Vice-Minister of Energy of the Republic of Kazakhstan.

The parties observed successful performance of irradiation efforts. Since the start of testing of IVG.1M LEU fuel (October, 2017) integral energy release has reached 577 MW·hour out of required 1080 MW·hour.

Also, the discussion covered status of activities aimed at establishing cooling system for coolant at IVG.1M reactor, in order to shorten intervals between start-ups.

Upon the meeting results, a decision was made to carry out researches and develop innovative dilution technology for utilization of IGR reactor HEU-fuel. American side emphasized that National Nuclear Center has high scientific and technology capacity and competence providing possibility to realize the challenge.