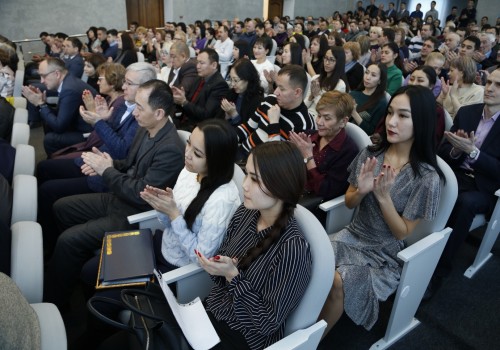 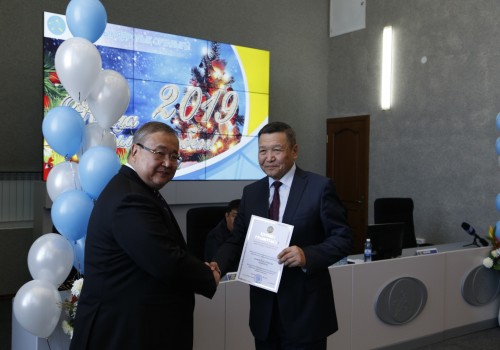 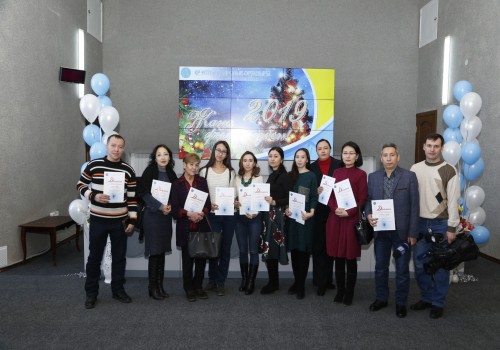 The year 2018 will stay in the history of the RK National Nuclear Center as successful in terms of development.

Due to cooperative efforts of all NNC affiliations, high competence in all activities, the enterprise achieved significant success in implementation of scientific projects.

Even in nuclear power engineering, amount of scientific researches increased for 12.8%. Experiments under international projects EAGLE-3, CORMIT-2 were performed. For the period from January to November 2018, at IVG.1M 17 research start-ups were conducted upon the program of comprehensive tests in two experimental channels with LEU. A great contribution for future was made. Thus, negotiations were held related to execution of tests at IGR reactor for fuel of newly developed fast reactor BREST-300 under “Proryv” (Breakthrough) program with JSC N.A. Dollezhal NIKIET. Preparation to a contract on SAIGA project with CEA (Commissariat) of France is underway.

Huge efforts are made to solve the problems at the former STS to provide radiation safety at the territory of the Republic of Kazakhstan. In particular, comprehensive ecological survey is completed at the Sary-Uzen site, at areas of 1200 km2. Commenced are comprehensive ecological survey at Degelen site, at area of 1200 km2. Survey of Site “4”, area 24 km2 is completed. Also, survey of Experimental Field site is completed at the area of 270 km2.

Much work is effected in personnel training. Five affiliations of regional universities’ departments are already operating at the center. This provides for a possibility to train NNC employees in PhD in the workplace. Achievements of the NNC's young specialists are widely known. This year, one of the young specialists from the Institute of Atomic Energy, Erlan Nurzhanov participated in the Republican competition “Enbek Zholy” and won in nomination “The best young employee” in East-Kazakhstan Region.

“Today we have the courage to say that NNC RK is one of the most successful scientific enterprises of Kazakhstan with its own place at international market of scientific researches, as an enterprise quite widely popular in the world and globally acknowledged,” – remarked Erlan Batyrbekov, NNC RK Director General.

Mayor of Kurchatov town, Almas Ondakanov congratulated NNC RK employees with successful completion of the year, noting significant contribution of the enterprise to social and economic development of the town.

The solemn meeting ended with awards presentation for journalists of republican and regional mass media, who won the competition for best publication and fair presentation of the former STS problems.