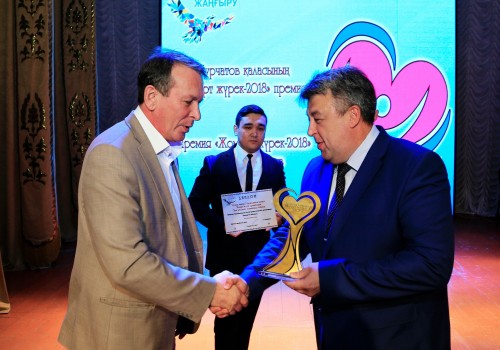 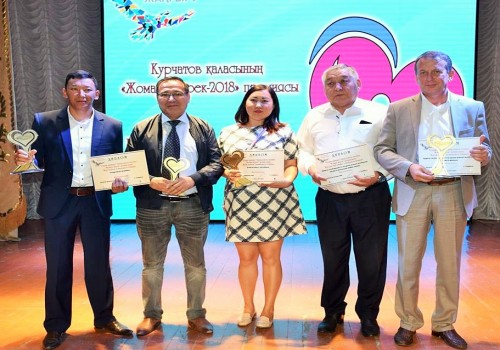 Every year Kazakhstani regions, cities and districts organize the award ceremony for the winners in various nominations within the republican program “Rukhani Zhangyru” initiated by the President of the Republic of Kazakhstan.

A pleasant final moment of the meeting was the Prize Award to Aiymgul Doszhanova, English translator from the branch "Institute of Atomic Energy" of RSE NNC RK in the nomination "Yeren Yerektiligi” - for active participation in volunteer activities. Aiymgul has been teaching English for many years free of charge to children from low-income and multi-child families, and the main important thing – she gives private lessons to each child individually.

- Today patronage is a symbol of success and personal social responsibility of the leaders of our enterprises and business people. People live in our city with golden hearts, with a strong spiritual need to participate in the development and prosperity of their native city" - said Aleksey Glazinsky, Deputy Akim of Kurchatov, personally and on behalf of Kurchatov’ residents thanked all the patrons for their good deeds.

We congratulate all the winners of the award and wish prosperity in useful social and charitable activities, and hope for winners’ activity to serve as an example of successful experience in implementing social initiatives for the benefit of our city.